With its rich history stretching back centuries, OPM is built on poetic tales and passionate delivery. PHOTO BY ENRIQUE AGCAOILI

Filipinos love music, but what makes listening, creating, and enjoying it special for everyone is the way it creates a sense of community.

In a webinar hosted by the Management Association of the Philippines (Map), Felipe “Jun” De Leon, Jr., music artist, former chairman of the National Commission on Culture and the Arts (NCCA) and current head of NCCA Le National Music Committee discussed the history of Filipino music, so that attendees could learn more outside of conventional definitions of original Filipino music (OPM).

De Leon said that culture is the “genius of a people” and that no two cultures are the same. The professor also noted that there are at least eight Filipino cultures alive today, all with very rich musical traditions.

“Each culture, being unique, has a strength that no other culture has, and that is its gift or its genius. Having distinctive strengths, cultures cannot be considered superior or inferior, magkakaiba lang talaga sila.

“It is the genius or the strength of a culture that generates the creative resources of a society and its basis for development,” De Leon explained. He added that it is important to know the cultural contexts, forms and structures to understand why Filipino music has diverse sounds.

In his presentation, De Leon showed that in general, the Filipino style of music is made up of poetic narratives and passionate delivery.

According to De Leon, the first living Filipino culture is Kultura ng Pagdidiwata (Harmony with nature and the spirit world). “This is the culture of our indigenous peoples, which began over 47,000 years ago and continues to this day.” These are the Cordilleras, the Mangyan of Mindoro, the Palawanin and Tagbanwa of Palawan, the many indigenous peoples of Mindanao, the Negrito groups such as the Aetas and Mamanwa of Surigao.

This culture highlights the holistic way of life, where art is an expression of wholeness. Indigenous art is integrated into their daily life. “Creative activity is not cultivated as a special gift by selected individuals, but everyone’s province.”

Therefore, in the traditional musical cultures of indigenous Filipinos, Moro and folk, the authorship of music is not individual, but collective and no one owns it. Music is also transmitted orally and performs many functions, some of which include songs of greetings, poetry, and lullabies.

Another vibrant Filipino culture is the Kultura ng Pag-uuma in Pag-uukir (Moro or Muslim community and intricate curvilinear art). It is about life under a sultan, the unity of religion and state, and the sophistication of art.

The holistic lifestyle and wellness continued to thrive. However, belief and interaction with nature spirits was absent and instead focused the declaration of faith on Allah and that the Creator is one. “For Muslims, there is no God but God, and we are responsible to God for our actions,” De Leon noted.

In addition, influences from Arab, Indonesian and Indian cultures, non-figurative art and calligraphy contributed to the development of the art of social grace and refinement called okir, plant-based designs and folk patterns present. in indigenous communities. These motifs are present on native instruments such as the gabbang, a bamboo xylophone with a fluid sound that creates an alternation of sounds and intervals.

Next comes the Kultura ng Pamamanata (Culture of devotion to patron saints). When Christianity was introduced to the Philippines by the Spanish colonizers in the 16th century, music was rooted in the religion’s teachings on mercy, compassion, sacrifice, community service, and devotion to God.

The main participants in this culture are the farmers, fishermen, artisans, vendors and traders who serve God through their work. Their key celebration is the feast that involves the Patron Saints, Santo Niño, the Virgin Mary and Jesus Christ. Folk songs are social commentaries on daily life in communities.

Then there would be the shift to Kultura ng Pamamahanan (Cultivation of devotion to home and family). Here, music was created to connect hearts and foster social relationships with ancestors as well as popular personalities.

Creative music became individual, but community opinion still mattered. The composer and performer provide entertainment, but there was no strict separation between them and the audience. The themes of this culture involved emotions, leading to the classic love songs that Filipinos worship today.

Kultura ng Paglilining (Culture of Thinking and Reasoning) began when elite Métis families became successful in business. Music was inspired by the pursuit of knowledge and new ideas, and art was created for art.

“The artist no longer represents a community, the artist represents himself. He is at the service of his art based on a philosophy of European origin, ‘art for the sake of art'”, added De Leon . Concert music is bigger and musical creation is largely individual, where musicians are now idolized and tend to dazzle audiences. Here, only the specialists create, the others are only listeners.

The sixth is the Kultura ng Pagaaliw (Culture of Entertainment). “It gave birth to a generation of young people or teenagers who had so much free time after school. They are restless, full of energy, always looking for fun, thrills and creative play,” said the speaker. 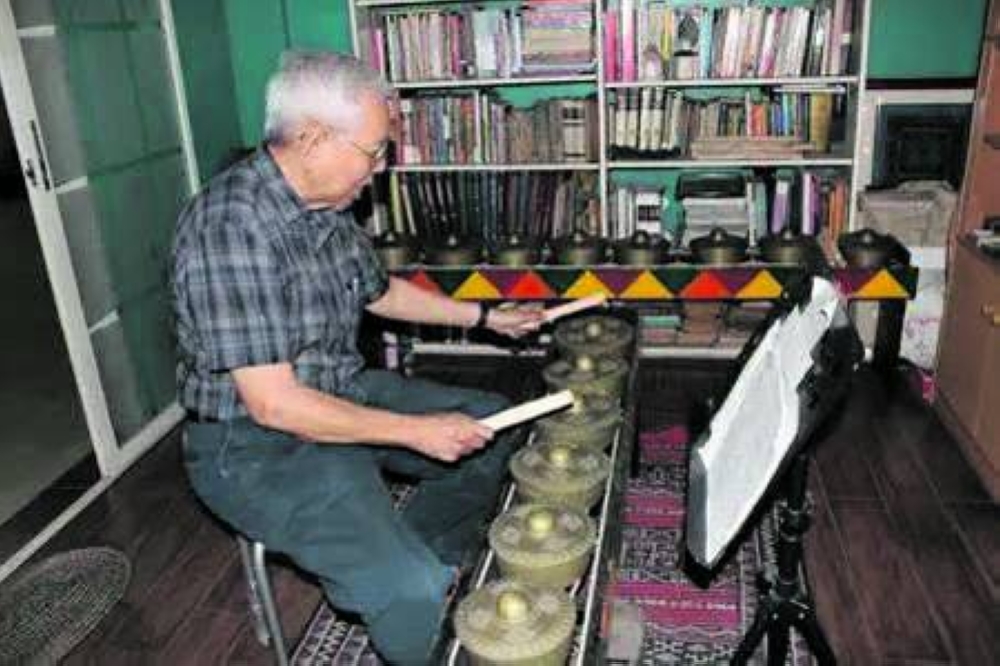 The kulintang is a traditional instrument that encourages togetherness, as a tradition in Maguindanao is said to be how guests should play during gatherings.

In response to their needs, mass entertainment has increased. Ironically, OPM was also influenced by Western practices. “They gravitate towards products of popular or American pop culture or their Filipino counterparts, [where music is] less sentimental, more sensual and energetic OPM, MTV, [and even] fast food, video games, Hollywood movies, etc.

Some of the characteristics of this style of music include the use of electric guitars, drums and synthesizers, powerful bass and jazz chords.

In the Kultura ng Pagtututol (Culture of Protest against Social Evils), supporters of social advocacy, engagement and transformation of all classes are part of it.

Music of this genre has always been experimented with. It is actively shaped by socially engaged poet-musicians consciously using song as a force for social liberation, advocacy for social justice and in the struggle for human rights. “, noted De Leon.

Another culture emphasizes community, others tend to join musicians and groups to make music because the message counts. Some of the best-known songwriters in this genre are Gary Granada, whose songs include “Dam” and “Mabuti Pa Sila”, as well as Joey Ayala who created “Karaniwang Tao” and “Walang Hanggang Paalam”, among many. ‘other.

The last living Filipino culture is the Kultura ng Pagkakabansa (Culture of the Nation), where art is an affirmation of being Filipino.

Examples of a patriotic kundiman would be “Pilipinas Kong Mahal” composed by Francisco Santiago and “Pag-ibig sa Tinubuang Lupa”, composed by Salvador Luis Jorque based on a poem by Andres Bonifacio.

“The love of the motherland has always been well served by the musical symbols of the nation, especially the kundiman, a song of devotion to an altruistic and noble cause. It is the kundiman who has always embodied intense and elevated patriotism. of the Filipinos, ”De Leon finally shared.